Is it possible to be genuinely secure while camping? Can you lock the tent at night to protect not only your camping gear and your food from grizzly bears (if in bear country), but also your safety and well-being of your family while on a camping trip? Above all, the only thing you will want after you pitch your tent is a night’s rest without the worry.

Whether you are at a festival, wild camping, or a large campsite, securing a tent overnight is one of the main concerns people have when camping. They know that sleeping in a tent is much different than sleeping in a house, a mobile home, or even in their car. If someone truly wants to access a tent, grab your gear and cause havoc or harm, it’s entirely possible to do.

The good news is most campers in any designated camping area respect one another, and you don’t need to worry too much about people being malicious or harmful. However, it’s still important to do what you can, to create security for yourself in your tent at night. 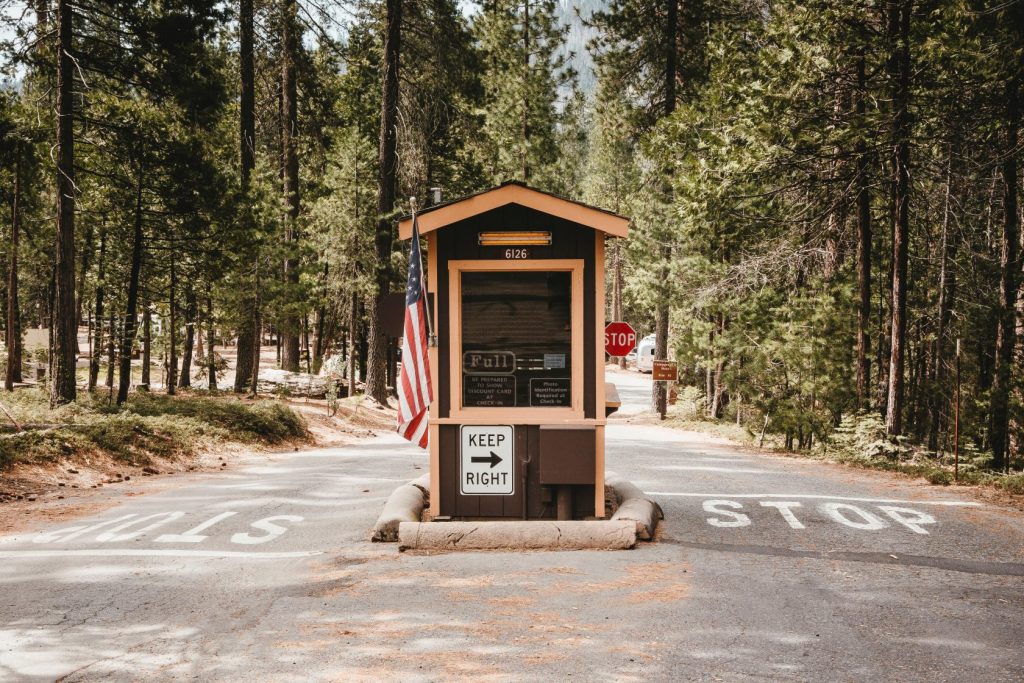 Of course, even if most campers don’t mean any harm, there are those out there who will prey on any opportunity they see to take advantage of people. There have been instances of people having their tents slashed whit a knife while they were sleeping inside of them. It could create a more significant risk when you have a bigger tent with multiple rooms, and you’ve stored items in places in which you are not sleeping. Your options for increasing security in these cases is to keep your gear and valuables in the tent room where you intend to relax. So, choose a tent that’s small enough that you’d wake up if someone were trying to access the shelter.

You’re reducing the risk of problems, but you’re increasing your inconvenience, unfortunately.

Can You Lock a Tent at Night?

It might be possible to secure your tent at night, which can deter thieves and take care of a few other problems.

Tent locks are available for those who want to feel safe, as though they have a traditional layer added to security. They attach locks to the zip or door of the tent and prevent unwanted guests from quickly opening your camping tent. Tent padlocks do what a lot of security devices do – they increase the amount of time a person would need to take to access your space, which increases the odds of them being caught. Camping tent locks act as a deterrent, but also like many other security devices, they are not fail-proof.

You can invest in a tent lock as a precaution and deter anyone considering breaking into your tent, but you should never feel as if it offers complete protection. You still can’t let down your guard when it comes to safety, even with a secure zip lock. 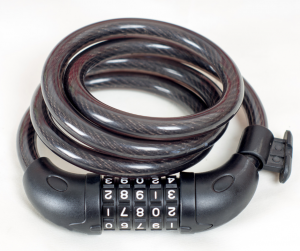 What locking a tent could achieve with certainty at night is preventing most of the creatures from accessing your tent. Raccoons and any other animals that will stroll right into a camp with an open door aren’t going to pay much attention to a tent that is closed and locked with a padlock. And, unlike human beings, raccoons aren’t going to be able to come up with another idea for accessing your occupied tent at night. They scratch or chew their way in if left undisturbed, but if you make a ruckus when you hear them begin their handiwork, you’ll chase them away.

Security Options Aside from Locking a Tent at Night

In addition to putting a secure lock on your tent, you’ll also want to employ a few other security measures. Again, many of these are simply deterrents but put a few restraints together, and you’ve created a reasonably good security system.

Make sure you are keeping any valuables out of sight if you must have them with you at all. Try to go on a camping trip without items that are worth anything to you, either financially or sentimentally. Of course, you can’t leave it all valuables at home, and some of your most expensive items will be specifically used for camping. When you leave your tent, or you are sleeping, make sure these items are at least secured. You can even put them under a sleeping bag. 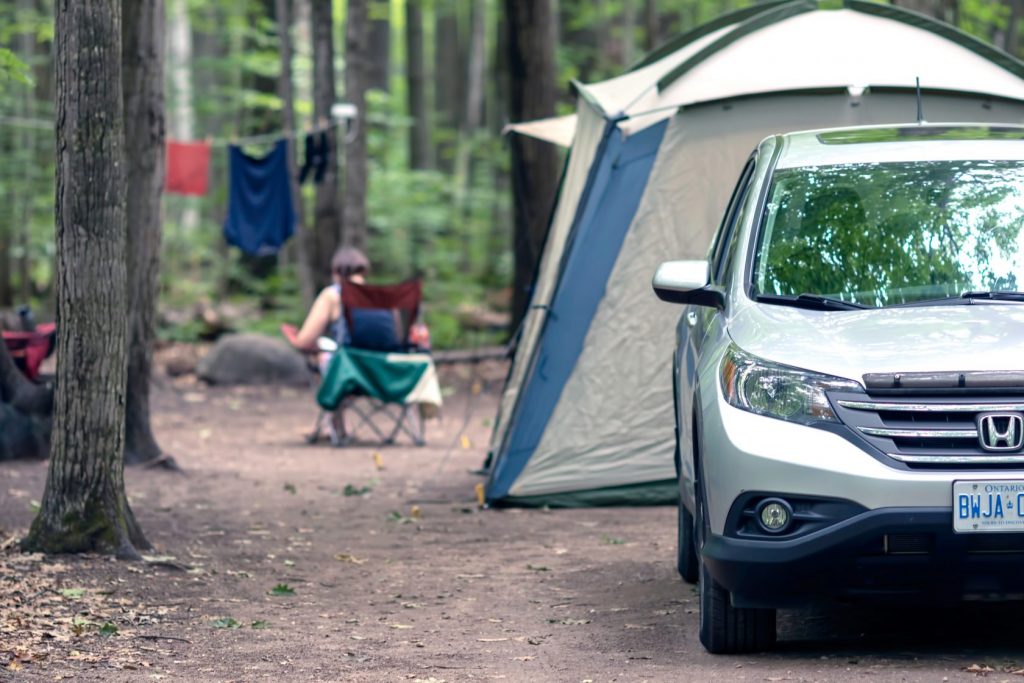 You can hide valuables away from plain view, store anything small enough in a locked security box, or leave them in your secured vehicle if you have driven to the camp. If you have hiked to where you are camping and you have fairly basic stuff set up for sleeping, make sure you keep any valuables as close to you as possible when sleeping. You’ll want to feel what’s happening and be awoken if someone tries to take something, so the closer the items you care about are to your person, the better.

Another smart move to prevent problems and increase your security is to be smart about choosing your campsite. Sites closer to roads tend to have a more significant security risk than those that are out of the way. Again, this is all about opportunity. You want to make it as inconvenient as possible for someone to steal your stuff, so if they need to travel back from the main road after violating your space, there’s less opportunity for a fast getaway.

Though you want to be away from main roads and easy access points, you don’t want to go so far off the beaten path that you become isolated. Having other campers around you is one of the best ways to protect yourself while camping. It ensures that other people will hear if anything is going on, and it will further deter thieves because they know there is a higher likelihood of them being seen committing a crime.

Your choice of the campsite is one of the most important factors when it comes to securing your tent, so choose wisely.

One thing that’s important to note about putting a safe lock on your tent: doing so is rare, so it can attract the attention of people who see the tent lock. It might also lead them to believe that you have something valuable inside of your tent to protect, which can be enough to tempt them to take a look around. If you believe a lock is a way to go, be smart about how the lock is displayed and consider installing the tent lock on the inside of the door if possible.

Stay safe, and enjoy your next camping trip or music festival!

We will be happy to hear your thoughts

“Campingproshop.com is a participant in the Amazon Services LLC Associates Program, an affiliate advertising program designed to provide a means for sites to earn advertising fees by advertising and linking to Amazon.com.”